(I'm not a musician.) I was taught as a child that I must not 'blow my own trumpet' as in talking about myself – especially not to say anything good about myself. I was also taught that much of what I could say about myself was nonsense and I needn't expect anyone to believe it. If I myself believed it, I must be insane. If not, I was obviously a liar. Telling my story, therefore, became a very confronting task. I am now in my late seventies, as I begin this blog, and it is only a preparation – things I write on the way to writing the memoir. Nevertheless, everything posted here is copyright and must not be reproduced without written permission from the author (usually me).

No I Don't Want To Revisit My Traumas, Thanks!

The Background
My dear husband Andrew had Alzheimer's before he died. He also had physical  conditions – diabetes, peripheral neuropathy in the legs, an artificial heart valve. Gradually, in his last two years of life, he came to use a wheely walker some of the time, then all of the time. All this required more and more care from me and his medical helpers.

The Alzheimer’s wasn’t as bad as it could have been. Its onset was quite late. At his eightieth birthday party, it wasn’t apparent – he made a great speech.  (The wheely walker, too, was still an unexpected part of the future then – he did lots of dancing that night.)

Even when the Alzheimer’s did show up, we were lucky that our GP referred us to an excellent geriatric specialist, who prescribed medication which slowed the progress of the disease (although it could not halt it). He stayed in the early to middle stages. For many people, sufferers and families, it gets much, much worse.
And yet it was far from easy.

I’m thankful he didn't stop knowing who I was, or who any of his friends and family were. But he got confused in other ways. He wanted to go to his office in town, and became anxious and argumentative when I didn't cooperate. How could I? There was no office in town; that had been decades ago, in a very different city. It was a little easier when he thought we were already in his office, and wanted to lay out magazines half the night, by pre-digital publishing methods, until I could persuade him we had done enough for the time being and could go to bed.

From something on the TV news one night, he decided our Prime Minister (Julia Gillard at the time) needed his advice, and set off down the passage to see her in her office, which he seemed to think was through our spare room. It was disconcerting and deeply scary for him to find that was not so. In various ways he often thought that what was happening on the TV was also part of our here-and-now reality.

He would get agitated about things on which it was impossible for me to reassure him. Sometimes I managed it, but no-one can prepare you for how to cope with early stage Alzheimer’s; you have to play it by ear. It’s all very changeable. His reality was constantly altering. There were general tendencies, like those I’ve just described, but the details were never predictable.

The medication which reduced his regular evening agitation had to be carefully monitored for side-effects, such as making it even harder for him to walk. Although life became a round of medical appointments, sometimes almost a conspiracy between me and the doctors, we didn't always get the dosage right.

His physical ailments were not due to Alzheimer’s, yet some were very similar to what happens to Alzheimer’s patients in the advanced stages. They too can lose mobility in their legs, for instance. Like their carers, I knew all about trying to wrestle the wheely walker in and out of the car, while simultaneously trying to forestall its user from wandering off into traffic.

His incontinence, though, was indeed due to the Alzheimer’s. Early on I learned to manage it in a way that preserved his dignity and saved embarrassment; later he was less aware of it himself, so it was simply a matter of keeping him physically comfortable.

I loved him and wanted to make life easy for him.

It was heartbreaking to see him lose the capacity to use his computer efficiently. He was a writer and researcher; he had had one of the first pc’s in the country, even before the invention of Windows and Apple operating systems; he taught me how to use a computer.

And there were many other heartbreaks.

But he is dead now. He has been dead four and a half years. He died peacefully, he was ready to go, and until the end – even at the end – he did know who he was, who I was, who his children and his friends were. I still love him and miss him, but I have adapted to being alone and I think I have a very nice life. I am eternally grateful that he did not linger longer and deteriorate further.

Yes, it could have been a great deal worse. Nevertheless, it was arduous. I went through great stress and grief, and after it was all over my doctor diagnosed me with post-traumatic stress disorder. I have many resources for self-healing, as well as good friends similarly gifted, and for some time I also had the services of a good therapist – until the time I felt I didn't need her any more, and she concurred.

So I came through all right. But I don’t understand why some people think that – because of my experience – I will be excited to see films or read books about Alzheimer’s – particularly about long, loving marriages where one partner contracts the illness and the other has to learn how to cope.

‘You’ll really love this!’ they say.

It’s easy to avoid  the movies. The ads and trailers aways give the game away. If some fool lends me a book with title and blurb that don’t immediately alert me, still I don’t read very far. There was that best-seller not so long ago, about an old man with dementia escaping from a nursing home in only his pyjamas, and having adventures which readers and reviewers described as hilarious. But I didn't find that out until after a kind friend lent it to me to give me a good laugh. I closed it after the first page. Not my idea of funny!

The afore-mentioned fools – and there are quite a few of them – are my friends, you understand, people who saw me go through it all and said they couldn’t imagine how I coped. They were very supportive at the time. They don’t mean to be offering me a nice dose of mental torture now.

I decline the deeply moving poems; I avoid the brilliantly acted films and plays; I return the incredibly amusing books so kindly lent. And I explain why, briefly and politely. It surprises people.

'Oh, that never occurred to me.'

'I didn't realise you'd see it that way.'

'I just thought it was so moving / hilarious / brilliant.'

After all, all by myself, I found one book on the subject which I could read and even sort of enjoy. The public library was selling off old stock, and there was a novel by Kate Jennings for $2: Moral Hazard.

Kate Jennings was a wonderful Australian feminist poet of the seventies, who disappeared as a poet after moving to America and becoming an essayist and fiction writer. There she married a much older man who eventually developed dementia. She then became the sole  breadwinner, and went to work as a speech writer for a major financial institution – very much against the principles she had always held, as a matter of economic necessity.

So did the heroine of her novel. I'm quite prepared to believe she fictionalised the story in some ways – changing people's names, collapsing several events or characters into one, that kind of thing. I'm guessing; it's simply described as a novel, without further elaboration. There must be some justification for that label. But, however the book was fictionalised, I know it's based on the life she lived. I think that's what enabled me to read it, after I got it home and discovered what it was about.

It wasn't somebody's wonderful idea about what it must be like to be married to an Alzheimer's sufferer. This author knows. She doesn't need to write a moving account; she just needs to write what happened, which she does baldly yet understatedly.

One thing I like about the book – apart from her writing, as skilled as ever – is that some of the story concerns the protagonist, Cath's, job: a bad fit which she takes only because illness is expensive and she needs the income. Jennings acknowledges that, even though her husband's illness is the most important thing in Cath's life, it's not the whole of her life. Other practicalities must be lived and dealt with too, around the edges of that central fact, becoming important in themselves. We don't and can't exist in a vacuum.

I also like the renewed realisation this book gave me that Andrew and I got off lightly. Cath's husband gets much sicker than Andrew ever did, and takes seven years to die instead of two. I'm thankful all over again. At the same time I recognise many of the things that befall Cath and her husband, and I know very well from first-hand experience that the author is restrained in conveying the harrowing details. She doesn't dwell on things which I know (from what she does say) would have happened – repeatedly.

So I'm actually glad I read it. For sure I would not have kept on reading if I hadn't wanted to. (I am still not planning on reading anything more on this topic!) The characters come across as real, which of course they are, and Cath and her husband are engaging. I like her 'voice'.

I would call this book a fictionalised memoir. However, reading it as a novel allowed me not to go to pieces while doing so.

And it's a good book.

Post-Script:
It’s a very good book! (Which might also have something to do with the fact that I liked it.) After I wrote this post, I checked some of my facts on Wikipedia, and also learned:

'Jennings was awarded the Christina Stead Prize for fiction for Moral Hazard, which was also shortlisted for the 2003 Miles Franklin Award, the Los Angeles Times Fiction Prize, and the Tasmania Pacific Region Prize. Snake [an earlier novel] was a New York Times Notable Book of the Year, as was Moral Hazard.'

Posted by Rosemary Nissen-Wade at 10:30

Comments are moderated and will be visible after approval from blog owner. If you can only comment anonymously, please include your name in the comment, just so I know who's talking to me. 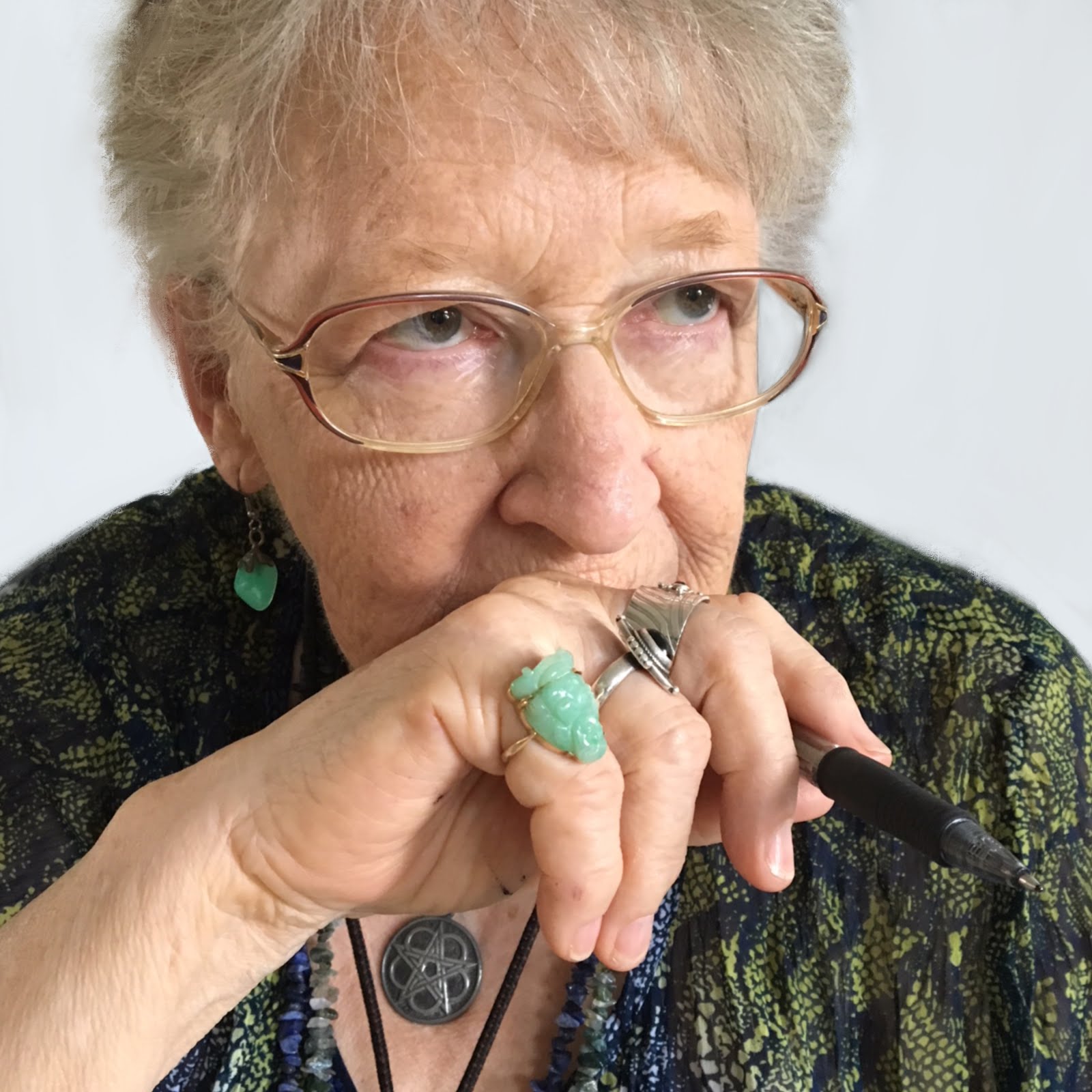